February arrived with a wallop. I was instantaneously taken back to this time last year, the month my mama passed. The memories and flashbacks began occurring with a feeling of slight nausea. That hasn’t happened before, at least not since mama entered hospice the second week of February.

As February approached, I’ve wanted to write a post on my yearlong journey with grief. All this has changed my mind. My emotions are raw enough right now. I need to be careful. I’ll be visiting enough memories and experiences naturally. I don’t need to immerse myself any further.

Instead, I thought I’d post a bit of our hospice experience. I believe I still haven’t processed the time and events fully, so maybe this would help. Today, the 16th, was the day she entered hospice. It was initiated in the hospital. She had been admitted the day before, due to breathing complications. Mama had stopped dialysis and started experiencing more fluid retention, exacerbating her congestive heart failure.

As was usually the case, getting mom into hospice was fraught with immense stress and hospital/medical bullshit. Here’s a short recollection of how the decision was made…. by me:

A year ago today, the hospital gave me the authority to make decisions for mom. I had to put her into hospice. She had stopped dialysis and was increasingly medically non-compliant. It was a decision you never want to make. I didn’t hesitate when they asked what I wanted, though. Mama’s suffering was too great.

It was a bit fortuitous the way it played out. Top to bottom, authorities and health care workers gave her too much agency. “She has the right to decide/refuse treatment,” they’d say. On this day, her doctor and the hospital social worker were in the room with me together. That never happens.

The doctor walked in while I was talking to the social worker. At that point, the social worker was being super unprofessional, casually talking to me about how downhill San Francisco had gone. How dirty it is and how it “smells like pee.” I’m pretty sure I made her feel uncomfortable. The moment she walked into the room, minutes before, I told her what I was expecting from them.

Hospitals have traumatized me. I was hyper vigilant and told her my mom is not being released, until a plan is in place for her to be adequately taken care of, whether at our home or a nursing facility. The doctor walked in and, after a short conversation with me, straight up asked the social worker, “Does Josie have mental capacity to make decisions?” The social worker, without assessing my mom directly, said, to my relief and surprise, “No. She has a serious mental illness.”

The social worker only knew she had a SMI because I told her she did during our short conversation. She didn’t assess my mama directly like I believe she is required to do. Mama was, luckily, sleeping the whole conversation, just a few feet away. (Hospitals are dumb. Their staff will have conversations about their patients’ mental states right in front of them.)

Interestingly, many times in the past, even when authorities knew mom had a SMI, they still always hid behind their civil rights language and laws: “She has the Right to refuse,” they’d say. This even when she was clearly in a psychotic state.

When I look back, maybe it was God or the universe helping me and my family. Mama had been saying Moses was coming for her, after all….  (To be continued) 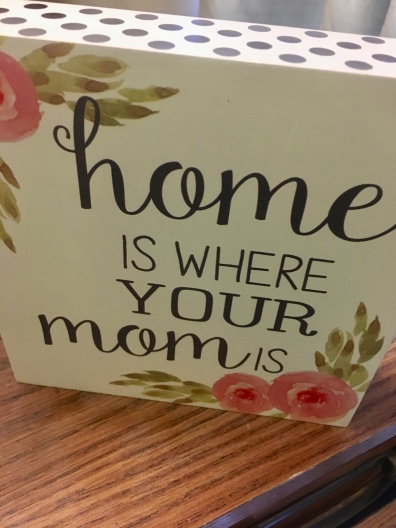